Clomid in conventional medicine is used, as a rule, to stimulate ovulation. Clomid stimulates the release of gonadotropins through the release of certain hormones. The drug restores the ovulatory cycle in women. Although the drug is intended for women, its effect is also evident in men, since Clomid has a strong effect on the reflex arc “hypothalamus-pituitary-testicles”.

It stimulates the pituitary gland to release more gonadotropins, which leads to a rapid increase in the amount of follicle-stimulating and luteinizing hormones in the blood. As a result, the level of endogenous testosterone increases. Clomid acts primarily when, as a result of taking anabolic-androgenic steroids, its own production of testosterone is suppressed. 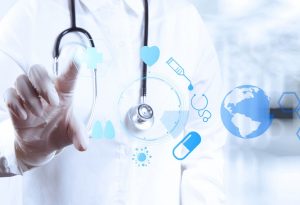 Indications for use of the drug

The main purpose of Clomid is considered to be the treatment of female infertility. In other words, the stimulating drug is effective in the treatment of anovulatory infertility (so-called ovulation induction), dysfunctional metrorrhagia, amenorrhea and its secondary manifestations, occurring against the background of a pituitary tumor of galactorrhea. The drug is no less effective in the appearance of symptoms of many rare diseases, such as polycystic ovary syndrome (Stein-Leventhal syndrome), Chiari-Frommel syndrome, androgen insufficiency, oligospermia, diagnosis of violations of the gonadotropic function of the pituitary gland.

In most cases, Clomid normalizes testosterone levels and spermatogenesis within 10-14 days. Therefore, it is taken as soon as you stop taking steroids. At this time, it is extremely important to restore testosterone production as quickly as possible to minimize the loss of strength and muscle mass. Even greater results are achieved when Clomid is combined with a hormonal drug or when Clomid is taken after treatment with such drugs.

The difference between Clomid and any hormonal drug is that Clomid has a direct effect on the hypothalamus and pituitary and activates the entire reflex arc, while a hormone-based drug increases the effect of luteinizing hormone, which, in turn, stimulates the testicular cells to produce more testosterone. Due to the fact that hormonal medications, in contrast to Clomid, significantly increase the level of testosterone a few hours after taking it, many athletes first take them, and only then Clomid.

Although Clomid is a synthetic estrogen, it acts, paradoxically, as an antiestrogen. It blocks stronger estrogens that occur during aromatization. This, of course, does not prevent the aromatization of steroids, but the multiplied estrogens are still mostly inactivated. Strong water retention and possible feminization phenomena can be suppressed or completely eliminated.

Due to the weaker anti-estrogenic effect of Clomid compared to Proviron, Nolvadex and Teslak, it is mainly used as a stimulant for the production of testosterone. 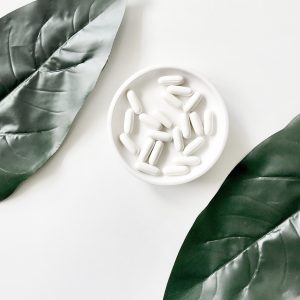 Side effects when using Clomid

Side effects at reasonable doses are very rare. Possible phenomena – menopausal sweats, in some cases – visual disturbances, which are expressed in blurred images or circles in front of the eyes. In case of visual impairment, the manufacturers of the drug advise to permanently stop taking Clomid. Violations of liver function are not excluded, but are unlikely. Women may be the phenomenon of increasing ovarian pain in the abdomen, as Clomid stimulates the ovaries. The possibility of multiple pregnancies increases.

If we consider the possible side effects in the human body in relation to the functioning of various systems of life, it is possible:

from the side of allergic reactions: rash, allergic dermatitis, vasomotor disorders;

from the other organs: increased body weight, “flushes” of blood to the face, decreased visual acuity, alopecia, soreness in the chest area.

As for the dosage, it’s usually sufficient 50 to 100 mg per day (1-2 tablets). Tablets are usually taken after a meal, washed down with liquid. When taking more tablets, it is recommended to divide the daily dose into equal multiple doses. The duration of reception should not exceed 10-14 days. Most athletes start with 100 mg a day, taking them 50 mg in the morning and evening after meals. On the fifth day of administration, the dose is often reduced to one 50 mg tablet per day.

In the case of an overdose of the drug, nausea, excessive vomiting, “flushes” of blood to the face, vision impairment may occur. When you see these symptoms, you must discontinue use of the drug (overdose symptoms disappear on their own).

There is no need to take the medication for more than 10-14 days in order to increase the level of endogenous testosterone. Since Clomid should not be used for a longer time, its use as an antiestrogen disappears by itself, because for this purpose it should be used for more than a few weeks.

As recommendations from medical professionals, you should follow some rules and tips:

during treatment it is necessary to be under constant supervision

gynecologist, should monitor the function of the ovaries, vaginal

research, observe the phenomenon of the ” pupil”;

during treatment, care should be taken when driving a car and engaging in other potentially dangerous activities that require increased concentration and speed of psychomotor reactions.

It should also be remembered that the use of Clomid increases the likelihood of multiple pregnancies. It is effective when a sufficient level of endogenous estrogens, is less effective at low levels of estrogen and practically ineffective at low concentrations of gonadotropic pituitary hormones.

Possibility to purchase the drug online

Many medications help people with intimate disorders and discussing them with a pharmacist, in front of the entire queue, can be inconvenient. Intimate drugs, such as Clomid, are much safer to buy by link on the Internet, because anonymity and privacy are observed here.